“The Soul of an Octopus: A Surprising Exploration of the Wonder of Consciousness,” by Sy Montgomery

An octopus is “an animal with venom like a snake, a beak like a parrot, and ink like an old-fashioned pen. It can weigh as much as a man and stretch as long as a car, yet it can pour its baggy, boneless body through an opening the size of an orange. It can change color and shape. It can taste with its skin.”

In this book from the author of the bestselling memoir The Good Good Pig, Sy Montgomery explores the emotional and physical world of the octopus’ surprisingly complex, intelligent, and spirited creature: and the remarkable connections it makes with humans. 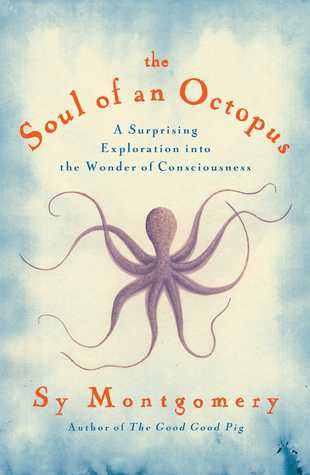 1). Octavia is the octopus Montgomery comes to know best. On one occasion, Octavia and Montgomery hold on to each other for one hour and fifteen minutes, in an instance of tactile pleasure felt in an apparently mutual way by octopus and woman. “I stroked her head,” Montgomery reports, “her arms, her webbing, absorbed in her presence. She seemed equally attentive to me.”

The tendency of humans to anthropomorphize animals, and the fallacies that tendency leads to, is explored in Radiolab’s podcast “Animal Minds.”

Is Montgomery a victim of the common mistake of ascribing human traits to animals?
2). The book is not really a scientific piece, but more of a personal memoir interlaced with some facts.

Did this disappoint you? Did you want more science and less of the trials and tribulations of learning to scuba-dive?

3). The book reveals the difficulties in running a full scale aquarium. Housing octopuses, for instance, is fraught with perils as they often escape through the smallest of openings. In fact, this is how Kali meets her demise.

Should Montgomery have given more consideration to the ethics of keeping intelligent creatures as captives? Do you find irony in the fact that Montgomery explores the possibility of possessing her own octopus, a creature she believes possesses a “soul?”

4). The human bias against animal intelligence and consciousness, remember that Jane Goodall was too intimidated to publish her most intriguing observations of wild chimpanzees, appears to be ill-founded. Dogs, for instance, understand that their owners have knowledge that they do not. In experiments, dogs will look to humans to point to which smell-proof container has food. Montgomery notes:

Of course, there are many other examples. The birds of prey with whom falconers hunt look to the falconer, or to her dogs, to flush game. African honey badgers follow certain birds (known as honey guides) to find bees’ nests. Both parties seem to realize that when badgers open up the nests to eat the honey, the birds can then feast on the bee larvae. (p.84.)

Do you agree that humans are not unique in their capacity for self-awareness? Do octopuses have souls?

5). Some argue that the author’s writing is self-centered, emotional, and overly repetitive.

Some of the fish discussed in the book: 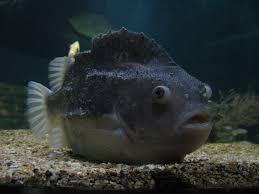 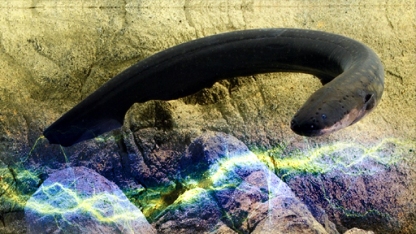