“The Evolution of Everything: How New Ideas Merge,” by Matt Ridley

The New York Times bestselling author of The Rational Optimistand Genome returns with a fascinating, brilliant argument for evolution that definitively dispels a dangerous, widespread myth: that we can command and control our world. 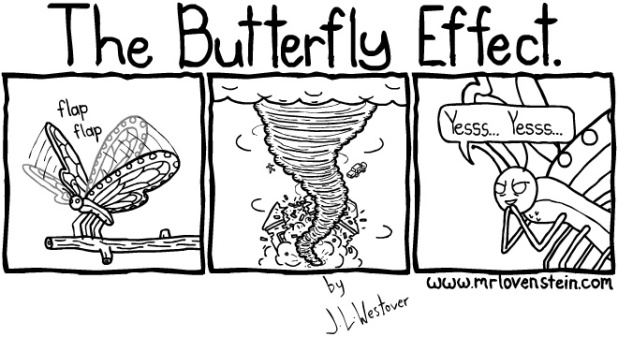 1. Matt Ridley, the author, is a zoologist by training. In his concise survey of the latest biology Ridley demonstrates his grand theory: that there is no top-down master plan.  All of life’s processes, from technological achievement to the human brain to music and morality, are the result of independent limited actions that yield elaborate and complex mechanisms.

Do you agree with Ridley’s “bottom up,” emergence “theory of everything”?

2. Ridley posits that humans are rigged to reach for what he calls “skyhooks.” A skyhook is an imaginary device for hanging an object from the sky. Ridley uses the term as a metaphor for the argument that life, morality, music, laws, etc. shows evidence of an intelligent designer.

Is there a human bias toward believing the most profound and complex arenas of existence must have been the product of conscious design?

3. Ridley contends that morality evolves from the actual interactions of people as they respond to changes in culture and surroundings. For example, as the importance of trade grew it became inefficient, and hence immoral, to kill the local merchant.

Does Ridley’s theory of morality resonant with you?

4.One of Ridley’s most impressive chapters is on technology. Ridley takes exception with society’s tendency to acclaim the great inventors of history and instead maintains that technology has its own momentum; inventors are secondary.

Do inventions appear when they are needed? Is society misguided in its reverence of the great inventors of history such as Edison, The Wright Brother, Alexander Graham Bell, and Eli Whitney?

5. In his chapter on morality, Chapter Two, Ridley explains that even the law has an organic, emergent quality; particularly in common law systems (such as ours).

Which form of law do you believe is better? Common law or the more prevalent top-down civil law model?

6. Finally, Ridley’s goal was to get the reader “to see past the illusion of designed. . .to see the emergent, unplanned, inexorable and beautiful process of change that lies underneath.”

Did Ridley succeed in his goal? Did you like this book? Take anything meaningful from it?

What happens when there is no leader? Starlings, bees, and ants manage just fine. In fact, they form staggeringly complicated societies — all without a Toscanini to conduct them into harmony. This hour of Radiolab, we ask how this happens.

We gaze down at the bottom-up logic of cities, Google, and even our very own brains with fire-flyologists, ant experts, neurologists, a mathematician, and an economist.

Matt Ridley talks with EconTalk host Russ Roberts about his latest book, The Evolution of Everything. Ridley applies the lens of emergent order to a wide variety of phenomena including culture, morality, religion, commerce, innovation, and consciousness.