“The symbols of mythology and legend are all around  us, embedded in the fabric of our daily lives, and  the Moyers-Campbell dialogues are a welcome guide  to recognizing and understanding their meanings.”  — Cincinnati Post.

Quotes from “The Power of Myth”:

“I always feel uncomfortable when people speak about ordinary mortals because I’ve never met an ordinary man, woman or child.”

“Computers are like Old Testament gods; lots of rules and no mercy.”

“Mythology is not a lie, mythology is poetry, it is metaphorical. It has been well said that mythology is the penultimate truth–penultimate because the ultimate cannot be put into words. It is beyond words. Beyond images, beyond that bounding rim of the Buddhist Wheel of Becoming. Mythology pitches the mind beyond that rim, to what can be known but not told.”

“Follow your bliss and doors will open where there were no doors before.”

1. Myths reveal spiritual truths about the world. Marriage demands a shift in our spiritual identity and view of the self: “[Marriage is] a purely mythological image signifying the sacrifice of the visible entity for a transcendent good” (p.7).

Summarize Campbell’s critiques of modern-day marriages and how they differ from true “spiritual” marriages.

2. Campbell explains that modern life is “demythologized” (p.11), lacking the rituals that connect us to our human condition. Lacking rituals that connect the individual to the culture, people are left to their own devices to make sense of the world, often placing the individual interpretation of life against that of the society. “America,” states Campbell, “has no ethos” (p.10). Instead of stories that convey “the wisdom of life” (p.11), we have lawyers and professionals who focus on specialized issues, but are often ignoring the greater reality.

What happens when a society no longer embraces a powerful mythology?

3. Campbell and Moyers discuss the impact of films as potential replacements for myths.Campbell questions whether films can replace mythology because the screen-writers often lack mythological understanding. When they do, such as George Lucas in creating Star Wars, the mythological heroes and archetypes can be revealed effectively to a modern audience that lacks the references.

Why is it that films affect us? Why may the experience be more moving in a theatre as opposed to streaming it at home? Why does a film actor assume the “condition of a god” in a movie theatre but only “celebrity”status on television?

4. Campbell explores the symbolism on the reverse of the dollar bill and how it reflected the Age of Reason (sometimes called The Age of Enlightenment) from which the nation was born. Take one out of your wallet and examine it.

Are the symbols on the reverse side of the dollar bill mythological? 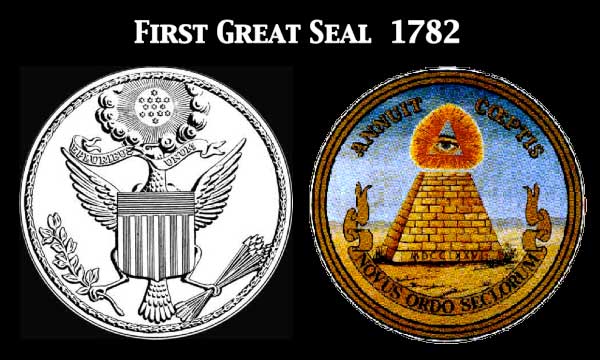 5. Campbell describes the differences between our society and the mythological cultures, suggesting that our world view projected from the Bible is out of date with the realities of the modern world discovered through reason. Myths can transcend time and place, but cultural dogma cannot. The world has changed enormously in the past 3,000 years, but the Western religions are locked in the past. The letter from Chief Seattle illustrates the difference in world view between modern societies and the mythological mind set: “This we know: the earth does not belong to man, man belongs to the earth.”

How do we live without myths? Why does Campbell say that America is moving too quickly to become mythologized? What are the four functions of mythology? Which of these four still operate in America today?

6. Campbell explains that all humans live through the same stages of life and they recognize universal images (archetypes), such as the serpent and the bird. Myths help us to see the God inside the Man; that universal truths exist inside our subconscious brains (dreams) that are interpreted in terms of the individual experience. Individual dreams tend to reflect the public mythology; when they don’t, only a hero can bring these two views into accord.

Why do myths reflect what we know inside is true? Why does Campbell call myth “the public dream”?

7. Campbell discusses how myths need to be read metaphorically, not literally. Myths are written in poetry, not prose, which is intended to allow the reader access to the unknown — that which escapes the confines of language. Campbell examines a few important Christian concepts through the mythological perspective, which existed during the first few centuries of Christianity, specifically with the Gnostics.

What is a metaphor and how does it operate in religion?

8. Campbell discusses the Santa Claus myth and how it operates to form relationships between parents and children. But the adult world ponders evil as well as good, so myths provide spiritual guidance for us to accept the dualities of life — both the bad with the good. We contribute and receive good and evil by participating in the game of life. Therefore, we must come to understand how our world of dualities operates, and to learn to avoid judging the world based on our bias of one duality over another. Myths teach us that. Campbell relates some tales from the Hindu “Rig Veda” and “The Upanishads,” high spiritual works.

What is the metaphor of Santa Clause? Why do myths teach us to not judge against evil?

9. Campbell describes his experiences inside ancient temple caves that depict mythological rites on the walls and ceilings. Acting as today’s cathedrals do, the cave places the participant inside another world from which to contemplate the mysteries of life. Girls are initiated into these mysteries by Nature herself, bringing the first menstruation, but boys must voluntarily be initiated into manhood through their societies. This is demonstrated by the stories of Australian aboriginal rites of manhood.

How are men and women initiated into adulthood differently? Why was there “no chance of relapsing back to boyhood” after participating in the aboriginal ritual?

10. Joseph Campbell was raised Catholic in New York City, and he witnessed many procedural changes to the rituals in his lifetime. In the past, rituals helped people to grow and develop into responsible members of their societies and their environments, but now these rituals have been reduced to catch phrases and symbolic spectacles that do not thrust the recipient into a new mindset, unless they choose to go there voluntarily. In short, Campbell argues that today’s Western rituals are a lot of show, but offer little substance, because they have been “dumbed down” and sterilized. 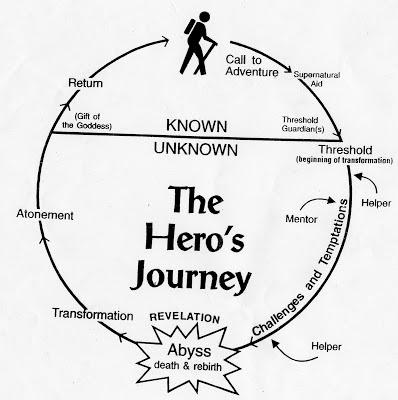 My Sweet Lord.  George Harrison wrote this song to serve as his accolade to the Hindu god Krishna as well as a call to abandon religious sectarianism as evidenced by his deliberate blending of the Hebrew word “hallelujah” with chants of “Hare Krishna” and Vedic prayer.

Joseph John Campbell was an American mythology professor, writer, and orator best known for his work in the fields of comparative mythology and comparative religion.