“Don’t tell people how to do things, tell them what to do and let them surprise you with their results.”

“Give up doesn’t mean stopping. Don’t ever stop”

“Life is growth. You grow or you die”

Shoe Dog by Phil Knight takes us through Knight’s tumultuous journey in creating Nike. From importing shoes from Japan, to designing the first pair of Nikes, to keeping up with growth, this book shows the struggles and sacrifices it takes to build a business. 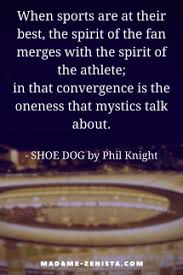 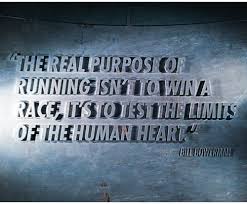 1).  Consider these episodes Knight reveals and ponder the ethical questions they present:

In his very first meeting with Onitsuka, the Japanese company manufacturing the Tiger shoes which Knight goes on to distribute, he lies about having a company. Having walked in with no more than the information he prepared for a Stanford GSB class project, Knight delivers his presentation and makes up a company name on the spot which he doesn’t have.  “Blue Ribbon,” I blurted. “Gentlemen, I represent Blue Ribbon Sports of Portland, Oregon.”

When a competing distributor of Tiger shoes, who Knight dubs ‘The Marlboro Man’ begins to compete against them with national ads, Knight flies out to Japan to meet with Onitsuka again. Faced with the concern that the Japanese company wants a larger U.S. Distributor, he lies again.

Over time, the relationship with Onitsuka begins to sour and Knight suspects that Kitami, the export manager, is talking to his competition. In order to verify this he steals valuable information during a visit to his offices.  The moment he was out of sight I jumped from behind my desk. I opened his briefcase and rummaged through and took out what looked like the folder he’d been referring to. I slid it under my desk blotter, then jumped behind my desk and put my elbows on the blotter.

As an adjunct professor, Knights meets and starts dating “Penny.”  They eventually get married and still are today. 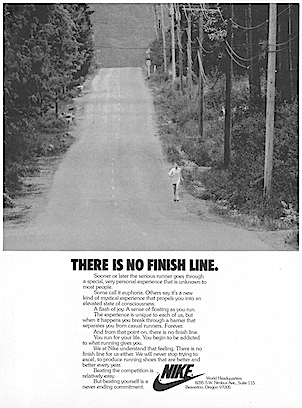 One of the world’s most influential business executives, Phil Knight is the founder of Nike, Inc. He served as CEO of the company from 1964 to 2004, as board chairman through 2016, and he is currently Chairman Emertius. He lives in Oregon with his wife, Penny.