“To forget the dead would be akin to killing them a second time.”

1. As Night begins, Eliezer is so moved by faith that he weeps when he prays. He is also searching for a deeper understanding of the mystical teachings of the Kabbalah. How does Eliezer’s relationship with his faith and with God change as the book progresses?

2. While Nazi terror is only a rumor or distant threat, Eliezer’s father chooses to remain in Sighet. Once they are forced into the ghetto, Eliezer’s father tells his older children that they can go live with their former maid in her village, but that he will stay in the ghetto with their mother and little sister. Eliezer says, “Naturally, we refused to be separated” (p. 20). Can you sympathize with their choice? What would it feel like for a family to have to choose to leave their home or separate from each other? Are there places in the world where families are faced with this decision now?

3.  What literal and symbolic meanings does “night” have in the book? 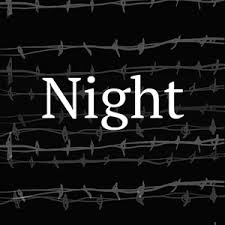 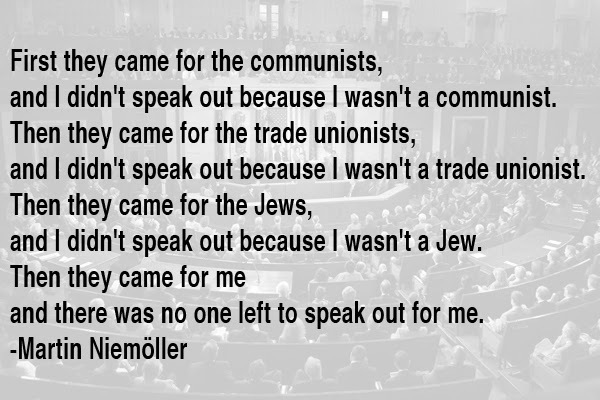 4.  Early in the book, after Moishe the Beadle escapes his execution, no one, not even Eliezer, believes his tales (p. 7). Even when the Germans arrive in Sighet and move all the Jews into ghettos, the Jewish townspeople seem to ignore or suppress their fears. “Most people thought that we would remain in the ghetto until the end of the war, until the arrival of the Red Army. Afterward everything would be as before” (p. 12). What might be the reasons for the townspeople’s widespread denial of the evidence facing them?

5. When Eliezer sees his father being beaten with an iron bar, he keeps silent and thinks of “stealing away” so he won’t have to watch what’s happening (p. 54). Instead of directing his anger at the Kapo, he becomes mad at his father. What do you think is really going on inside of Eliezer? Who is he really mad at?

6.  Think of the kapos and the little blonde pipel who is hanged on page 64. Who are the bystanders? Who are the perpetrators? Who are the victims in Night? Do these roles sometimes overlap?

7.  At the end of Night, Wiesel writes: “From the depths of the mirror, a corpse was contemplating me. The look in his eyes as he gazed at me has never left me” (p. 115). What parts of Eliezer died during his captivity? What was born in their place?

8.  What scenes from Night do you remember most vividly? Have they made you look at the world or your family differently?

Eliezer Wiesel was a Romania-born American novelist, political activist, and Holocaust survivor of Hungarian Jewish descent. He was the author of over 40 books, the best known of which is Night, a memoir that describes his experiences during the Holocaust and his imprisonment in several concentration camps.

Wiesel was awarded the Nobel Peace Prize in 1986. The Norwegian Nobel Committee called him a “messenger to mankind,” noting that through his struggle to come to terms with “his own personal experience of total humiliation and of the utter contempt for humanity shown in Hitler’s death camps,” as well as his “practical work in the cause of peace,” Wiesel has delivered a powerful message “of peace, atonement and human dignity” to humanity.

On November 30, 2006 Wiesel received an honorary knighthood in London, England in recognition of his work toward raising Holocaust education in the United Kingdom.